Creative Devices and Solutions for Musicians 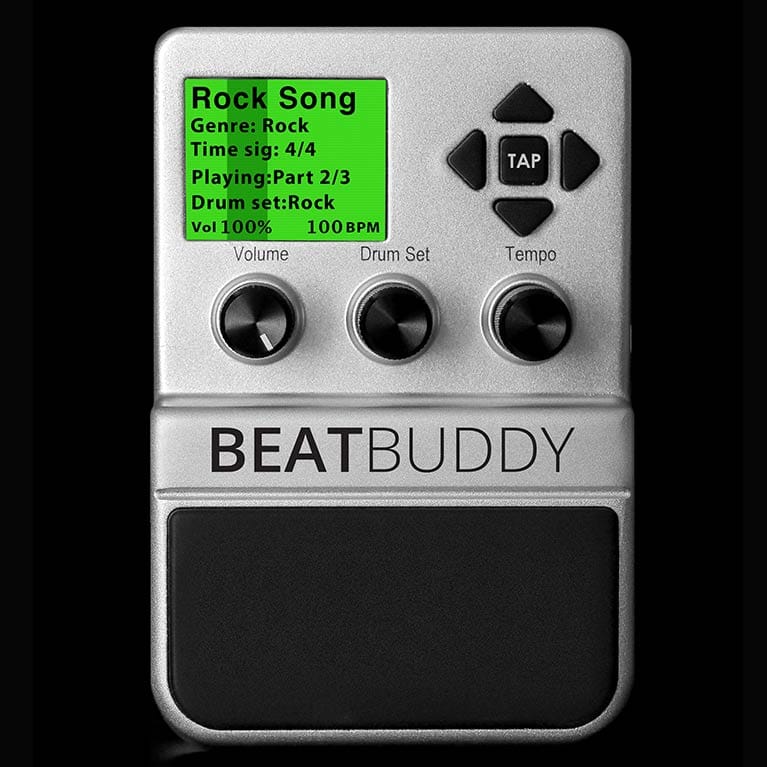 The BeatBuddy is a hyper-realistic sounding drum machine that gives you complete hands-free control over the beat, live! This means you can start the beat, pause, add fills, transition between song parts, and even play accent hits when you want. All live, just like a real drummer! Many musicians have said that the only difference between the BeatBuddy and human drummer is that with the BeatBuddy you have complete control over your drummer 100% of the time! 😉

The BeatBuddy’s sounds are all recorded samples of real drumkits being played in a studio setting, recorded in true stereo. Each sample is recorded at a few different velocities and are played back randomly, just like a human drummer does not hit any of the drumset’s instruments at exactly the same velocity every time. Also, all our default songs (excluding the folder with just metronome tracks) are non-quantized beats – this means that our songs have that human feel to them, and do not sound like a drum machine being played back. In addition, you also have FULL and LIVE control of the song, and you can switch it up as you like on the fly. Many musicians have even used the BeatBuddy for recording their own studio albums, and people listening to the album could not even tell that it’s a machine playing the drums.